5 Reasons to Invite you to Invitation to the Dance 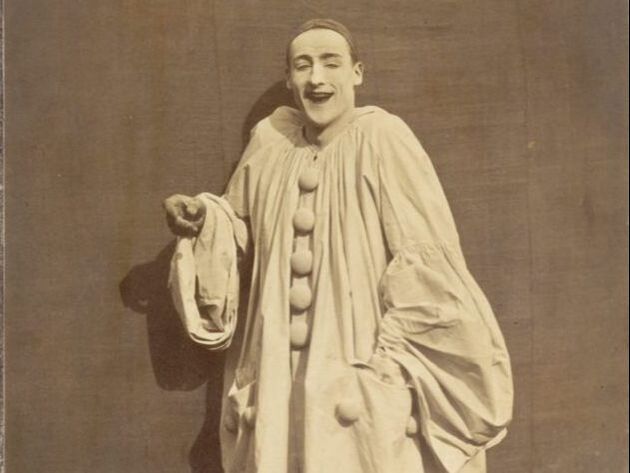 Invitation to the Dance (1956) is a dance film anthology. It does not have one lengthy dance sequence as do An American in Paris (1951), Singin' in the Rain (1952), and The Red Shoes (1948). Rather, Invitation to the Dance is an all-dance film with three segments: What connects these seemingly unrelated onscreen segments is Gene Kelly’s mixture of dance and theater styles.

According to the 1966 book All Talking, All Singing, All Dancing, Invitation to the Dance was a “box office failure, but an important screen experiment.” Similarly, NY Times (1956) reviewer Bosley Crowther states that because the film "has nothing but dancing, it is likely to have limited appeal.”

Indeed, audiences apparently shied away from the all-dance format. Even though film musicals were hugely popular at the time, Invitation to the Dance lacked dialogue and song to break up the dance sequences. Further, not everyone, even in the golden age of Hollywood, was a dance aficionado. Therefore, the film premiered mostly in art houses as a special film for a niche audience, The Classical Hollywood Reader reports (405).

There are, however, 5 reasons to watch Invitation to the Dance, and they are what make it a gem.​

1. It Offers A Glimpse into Theater and Dance History

Set in a village in medieval Europe, the segment "Circus" presents a commedia dell’arte troupe that travels from town to town. Its cast appear as stock commedia characters in their small wagon stage: ​The three characters clash in a romantic triangle, with ill-fated consequences. This commedia dell’arte environment offers viewers a glimpse into the historical roots of (Italian) theater and dance.

Gene Kelly’s portrayal of the Pierrot character is twofold. First, he is the masked theatrical clown onstage in a specialty commedia number: a combination of mime, stock character, and dance. Later, he represents the brokenhearted soul after the show. Both personas embody the essence of romantic love. Kelly mimes, dances, and pines for the girl—but with tragic results.

2. It lovingly nods to Past Films

The first segment from Invitation to the Dance, "Circus," echoes Charlie Chaplin’s movie The Circus, and may be an adaptation of it. The same love triangle between clown, beautiful circus performer, and dashing tightrope walker come together in a sad story of a clown’s broken heart and unrequited love.

​In Chaplin’s film, set in the modern day, there are comedic elements as the clown attempts to recreate the tightrope walker’s act. The clown lives and walks away in search of a new life. But in Gene Kelly’s, the same dangerous act of love claims the life of the clown, Gene Kelly’s Pierrot.

In the second segment of Invitation to the Dance, "Ring Around the Rosy," Kelly's partner, Tamara Toumanova, reminds me of Cyd Charisse in both Singin' in the Rain (with the green dress) and The Bandwagon (with the red dress). Toumanova, however, demonstrates her own technique in a combination of musical styles as she tries to seduce the marine, played by Kelly.

The film's third segment, "Sinbad the Sailor," reflects Anchors Aweigh (1945) in at least two ways: While totally different in choreography, music and story, both these elements pay homage to Anchors Aweigh while expanding on the storyline of the cartoon sequence, allowing more time for Kelly’s innovative and exciting choreography.

The "Ring around the Rosy" segment opens in the midst of a frenetic party. The social set within thrives on fast-paced banter, gossip, and shallow flirtation—all of this mimed and danced, of course. The opening and closing scenes here are bookended by rapid-fire editing, which exemplifies the social whirl. This mechanical manipulation of time contrasts with the film's slower, seductive scenes.

​The setting for the third story, "Sinbad, the Sailor," is a technological achievement in itself. Kelly, a sailor on leave in an exotic marketplace, purchases an Aladdin-type lamp and discovers a boy genie who grants wishes. Together, the two step into a story of Scheherazade, played by Carol Haney (who really should have danced more in the film).

Once more, we have a story of reality playing against one of imagination–cartoon characters, both comic and romantic. Yes, we see this a bit in Anchors Aweigh, but the "Sinbad" segment is longer and contains more intricate steps for the cartoon characters to mirror.

4. it showcases a Mixture of Dance Styles

Invitation to the Dance features a mix of dance styles:

No more need be said. Gene Kelly utilizes his signature moves throughout Invitation to the Dance. He also creates new choreography, not only for himself, but to showcase other dancers, both American and European. As director-choreographer, he designs a choreographic experiment of an all-dance film that contains his indelible mark while expanding it with longer, more creative segments with dance of many genres.
​Commercial success is not necessarily the barometer of art. Despite Invitation to the Dance’s dismal reception in original release, the use of different musical and dance styles throughout is its strength. ​With a nod to the past, the film is an interdisciplinary blend of talent—a synthesis of creativity, all converging into three stories of theater and dance in its many historical and creative forms.

Nancy Lorenz is the author of The Strength of Ballerinas and loves dance as well as taking ballet, jazz, and tap herself. She is a college English adjunct and enjoys writing about dance and film. She is, of course, a huge Gene Kelly fan!
Image: "Pierrot Laughing," PICRYL Public Domain.