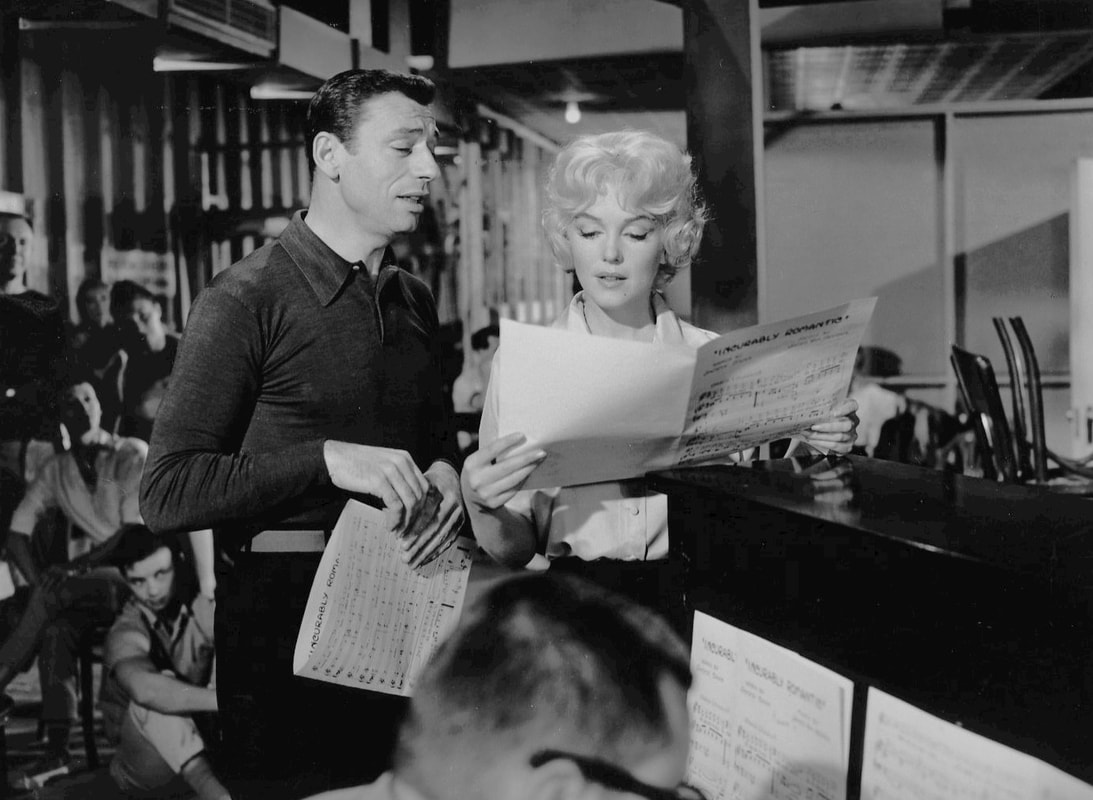 Let's be upfront about Let's Make Love (1960): Gene Kelly is featured in it—but only in a cameo. The musical comedy belongs to Marilyn Monroe and French actor/singer Yves Montand, who had to learn English phonetically for this, his first Hollywood film.

​After seeing Burt Lancaster perform a dance at an awards ceremony, screenwriter Norman Krasna was inspired to write the script for Let's Make Love, originally titled The Billionaire. Several prominent actors were considered to play Montand's part: Gregory Peck, Charlton Heston, Rock Hudson. Another behind-the-scenes tidbit is that Monroe was not pleased with the way her character was written, so her husband at the time, playwright Arthur Miller, doctored Krasna's script.

In Let's Make Love, Monroe plays musical performer Amanda Dell, and Montand plays playboy billionaire industrialist, Jean-Marc Clément. The story goes like this: Clément's PR man, Alexander Kaufman (Tony Randall), informs his client he is one of a number of celebrities (including Elvis!) to be parodied in an off-Broadway satirical revue. Upon hearing this news, Clément visits the set with the intention of proving he can take a joke. But he ends up being cast by the producers as a Clément impersonator. Mistaken identity, jealousy, and romance ensue!

A note before we get to the 5 reasons you should watch Let's Make Love: Gene Kelly does not appear onscreen with Monroe, but the two do pose (with Montand) for a series of entertaining publicity shots, seen in this post on Love Letters to Old Hollywood.

And now, here are 5 reasons you might want to check out Let's Make Love, directed by George Cukor:

Sliding down a pole, dressed in black tights and a blue sweater, Amanda purrs the word boys before announcing she’s playing Lolita and performing a jazz dance (choreographed by legendary Jack Cole) to Cole Porter’s "My Heart Belongs to Daddy." Upon seeing Amanda perform this number, Montand's Clément takes the part in an attempt to woo her.

2. That number that foreshadows MTV

Notably, before showing the film to audiences in 2016, MOMA compares this number to music videos of the 1980s. Its high-contrast lighting and exploration of "the high/low culture divide, mashing Elvis, Maria Callas, and Van Cliburn" foreshadow musical numbers in the MTV era.

3. Bing Crosby As a singing teacher

To impress Amanda, Clément hires comedian Milton Berle (in a cameo) to teach him how to be funny. When that fails, Berle recruits the best singer he knows, Bing Crosby, to teach Clément to sing. When Clément croons, Crosby states, "No, no, don’t do that around here now; you’ll get arrested."

4. Gene Kelly as a dancing teacher ​

Embed from Getty Images
​In the same storyline, Bing Crosby recruits the best dancer he knows, Gene Kelly, to teach Clément to dance. In a short scene, Kelly explains that a dancer expresses with his body what an actor does with words. It's not just the feet. 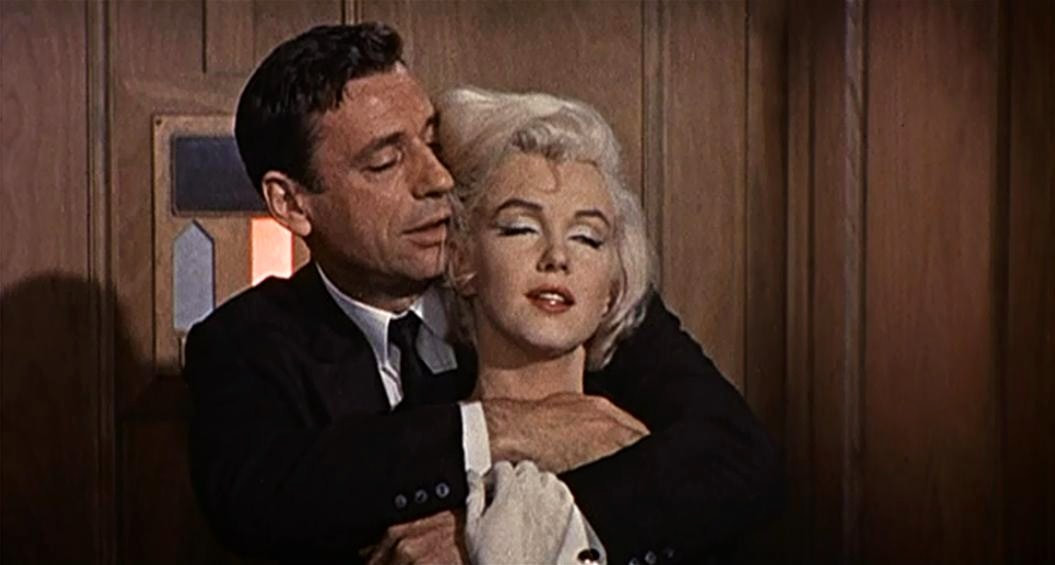 The film includes a mini dream sequence in which Clément imagines himself performing with and kissing Amanda. The chemistry between the two actors is palpable.

In 1960, an interviewer asked Marilyn Monroe about working with Montand in Let's Make Love. Her response: "Next to my husband and Marlon Brando, I think he's the most exciting man I have ever met" (The Courier​, Waterloo, Iowa).

Helen completed her master's degree in 2008 after submitting her thesis on film musicals, The Role of Arthur Freed in the MGM Musicals Unit 1947-1955. On the Town is Helen's favorite Gene Kelly film. She is currently finishing her Ph.D. researching dream ballets at the University of Warwick, UK and is including Gene Kelly, of course.
Image: "Yves Montand and Marilyn Monroe," Wikimedia Commons.