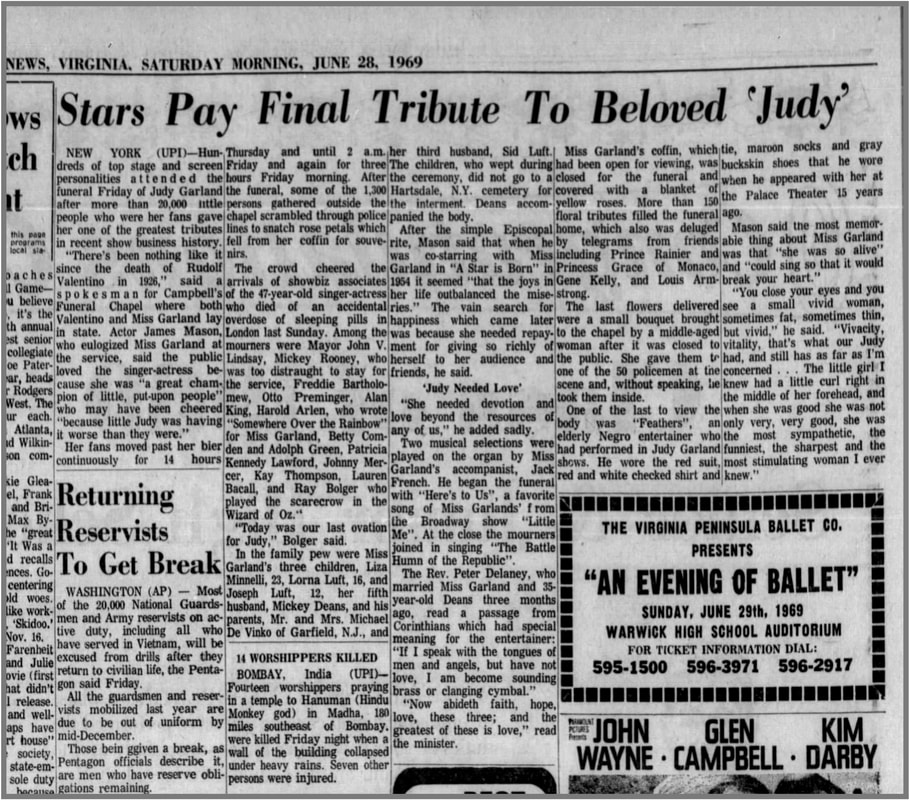 Judy Garland died at the age of 47 of a barbiturate overdose. Her funeral took place in New York City on June 27, 1969.

Approximately 20,000 fans took to the streets to grieve the Hollywood star. Inside the funeral home, many of Garland's co-stars and colleagues were in attendance:
​But Gene Kelly—Garland's co-star in For Me and My Gal, The Pirate, and Summer Stock—was not there, it appears. Based on the widely circulated account of Garland's funeral (see above image), Kelly—along with Grace Kelly and Louis Armstrong—sent his condolences via telegram.

I can only assume Kelly did not attend his longtime friend and colleague's funeral for two industry-related reasons:
​In 2017, Garland's remains were moved from New York to Los Angeles for, the AV Club reports, "a surprisingly sweet reason."