How Did Gene Kelly Get That Scar? 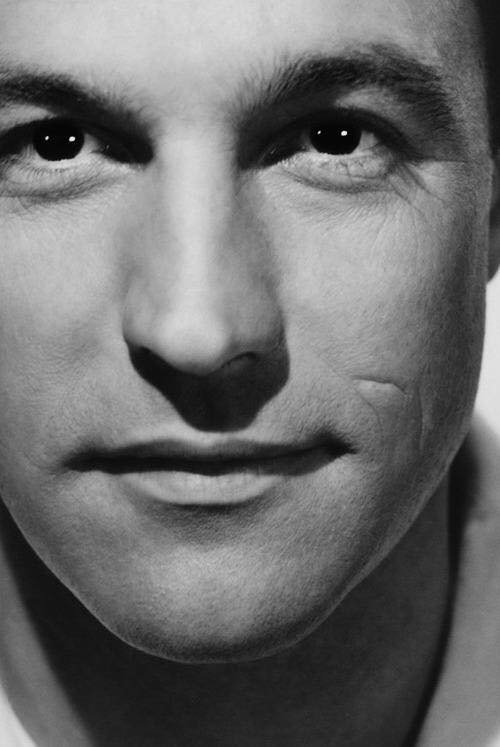 Shortly after arriving in Hollywood, Photoplay confronts Kelly about his small blemish: "I'd love to ascribe that scar to some great dramatic event, but actually I fell off my tricycle when I was a sprout of five” (May 1943). ​For roughly the next decade, fan magazines would continue to discuss Kelly's scar. Here's another entry from Photoplay (Oct. 1949):

Screenshot from Photoplay, Oct. 1949.
In the 1970s, Clive Hirschhorn provides a lengthier account of the incident in his biography of Gene Kelly:

As a child [Gene] was singularly accident-prone, and at the age of six, while riding a tricycle without handlebars on Mellon Street [in Pittsburgh], he lurched forward onto an exposed piece of cast iron. The metal went through his cheek, causing a deep gash which bled profusely. Mrs. Kelly was out at the time, and a neighbour, hearing him cry, rushed him home, and as his wound continued to pour blood into the kitchen sink over which he was perched, she called the family doctor who stitched him up. To this day he still carries the evidence of the accident in the shape of a small, half-moon scar on the [left] side of his face.

Additionally, in his TCM tribute to Gene Kelly, actor and dancer Christopher Walken references Kelly's noticeable scar: ​"With his handsome face and his charismatic smile he was a natural leading man, and that small scar added a rugged quality to his everyman good looks."

​Finally, Kelly's scar makes an appearance, so to speak, during his
AFI Lifetime Achievement Award ceremony in 1985. Host Shirley MacLaine begins by calling the little mark, “the sexiest thing I ever saw.” But more seriously, MacLaine claims that Kelly’s refusal to cover his scar tells viewers a great deal about him as an actor, dancer, and person. In other words, by repeatedly turning down offers to “fix” [i.e., photoshop] his face, Kelly implies that dancers should not lie (at least fully) about their performances. ​After all, MacLaine concludes, Gene Kelly is not only dancing for himself and the narrative, but for each of us in the audience who dreams that one day s/he’ll also be able to dance in that manner.