Where Is Gene Kelly's Statue? 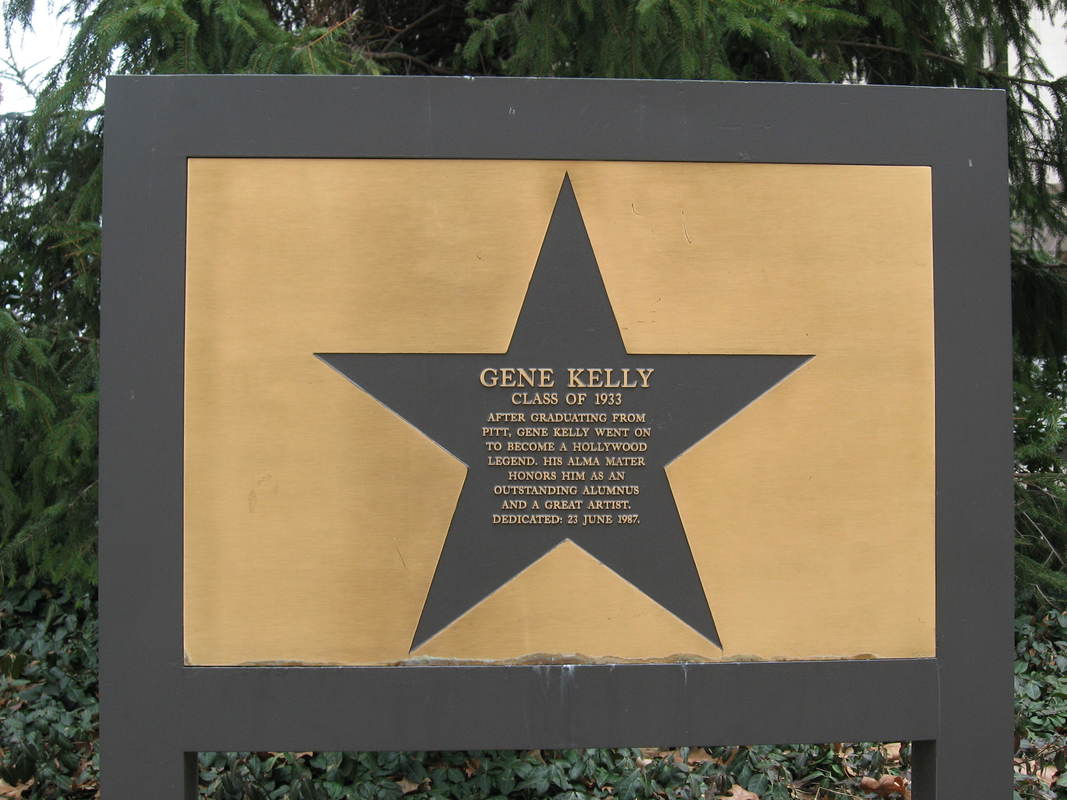 Gene Kelly plaque at the University of Pittsburgh. Wikimedia Commons.
The long, complicated, and ultimately futile process of erecting a Gene Kelly statue in the star’s hometown of Pittsburgh seems to have begun in 1999.

Based on my research, the Gene Kelly Statue Committee encountered two major roadblocks in its attempts to memorialize Kelly. Interestingly, these obstacles centered not on money—in fact, the $500,000 expense was to be paid via private funds—but on location and endorsement.

For several years, debate ensued about where to place the 14-foot bronze statue of Gene Kelly singin’ and dancin’ in the rain.

Several people argued the statue should be erected on a prominent traffic island at the western entrance to the city, a sort of “gateway” to Pittsburgh’s downtown area. But other citizens thought that location would be too “isolating and unapproachable” and instead lobbied for a spot in Pittsburgh's Cultural District, near theaters and a high school for the performing arts. Regrettably, at the time, the Pittsburgh Cultural Trust said “there was no suitable place” in the Cultural District to place a statue.

Over the first half of the twenty-first century, more debates about the statue’s location continued within the community. For example, some believed it should be placed closer to Kelly's home neighborhood of East Liberty. Others said they didn’t want a statue at all because they didn’t view Kelly “as an appropriate symbol for Pittsburgh.” According to them, he “forgot about [us] after he went to Hollywood.”

A second reason Pittsburgh appears to have no Gene Kelly statue concerns support, or the apparent lack thereof.

According to the Pittsburgh Post-Gazette, approval to create the Gene Kelly statue was needed from two sources (aside from the city’s mayor):
In 1999, both parties purportedly approved the Kelly/Lockwood statue. The Post-Gazette reports, “the blessing of the Kelly estate and Turner Entertainment” has been received. But in 2004, the paper reports that the trustee “broke off the relationship, effectively ending the project.”

Committee members say they were given “no explanation” as to why the project shuttered; others heard the trustee “was meeting with architects about another [Kelly-related] project for Pittsburgh.” When asked about the statue in 2014, the trustee responded, "Gene never wanted a statue of himself doing Singin' in the Rain.”

So the second major setback for Pittsburgh’s Gene Kelly statue, it appears, is a lack of endorsement.

​To date, some bloggers and Pittsburgh residents still push for the statue, but The Gene Kelly Statue Committee effectively dissolved in 2010.